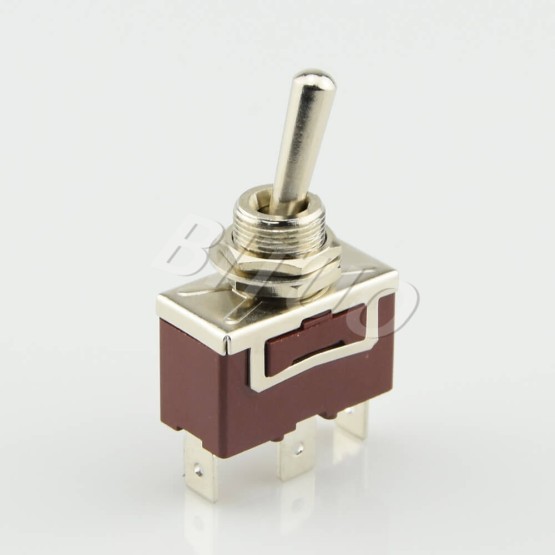 The Three Position Toggle Switch overcomes the above shortcomings, and has small volume, multi-function, long life, high precision, fast response speed, long detection distance and strong anti light, electric and magnetic interference ability.
The introduction of the varieties and mechanical specifications of the toggle switch. The electrical toggle switch is to switch on or off the circuit by turning the handle of the switch, so as to achieve the purpose of switching the circuit. The commonly used types of toggle switch include single pole double position, single pole three position, double pole double position and double pole three position, etc. it is generally used in low voltage circuit, and has the characteristics of flexible sliding block action and stable and reliable performance.

Three Position Toggle Switch are available in many different styles and sizes, and are used in numerous applications. Many are designed to provide the simultaneous actuation of multiple sets of electrical contacts, or the control of large amounts of electric current or mains voltages.

MLTS-102P MLTS-103P is Three Position Toggle Switch. This switch with 3 terminals and uses an operability handle that offering ON-ON or ON-OFF-ON function. It is widely using for industrial equipment. Besides, it uses solder terminals for quick and easy installation.