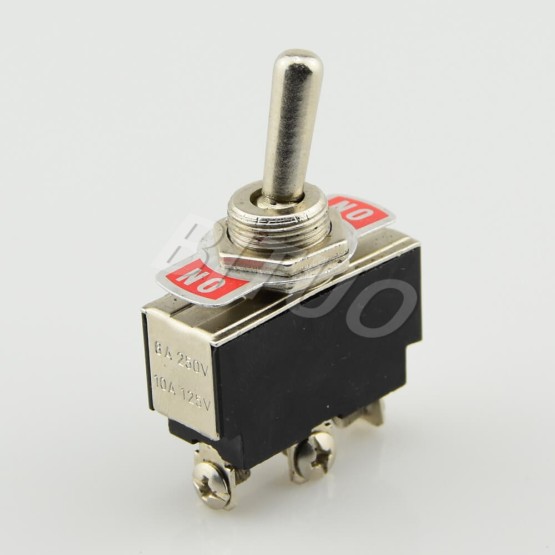 KN3B-102/103 is Two Way Toggle Switch. This switch with 3 terminals and uses an operability handle that offering ON-ON or ON-OFF-ON function. It is widely using for auto system. Besides, it uses screw terminals for quick and easy installation.

There are four types of switches, classified as follows:

The Two Way Toggle Switch is a three-terminal switch, only one is used as input, and the other two are used as output. Therefore, we get two outputs, one from COM and A, and the second from COM and B, but only one at a time. Mainly used to turn on/off electrical appliances from two positions in a three-way circuit.