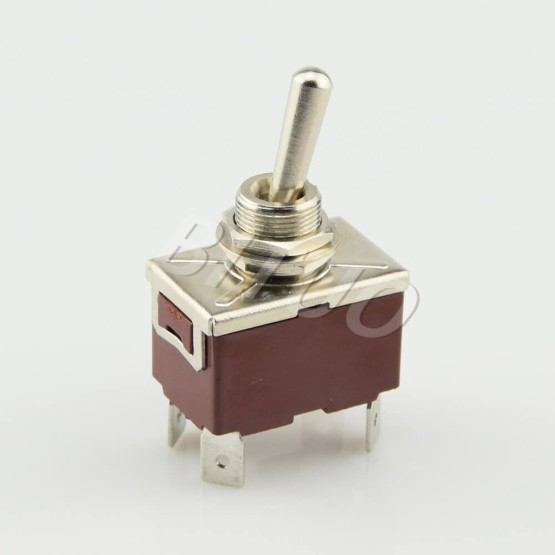 The double pole toggle switch can avoid the phenomenon of false opening, and can still ensure the safety of the bipolar switch in use.

Double Pole Double Throw Toggle Switch are available in many different styles and sizes, and are used in numerous applications. Many are designed to provide the simultaneous actuation of multiple sets of electrical contacts, or the control of large amounts of electric current or mains voltages.

MLTS-201P MLTS-211P is Double Pole Double Throw Toggle Switch. This switch with 4 terminals and uses an operability handle that offering ON-OFF or OFF-(ON) function. It is widely using for industrial equipment. Besides, it uses solder terminals for quick and easy installation.